Securing data in the cloud is hard. Normalyze makes it easier.

The cloud has changed the nature of enterprise computing. And like every major paradigm shift, it has created both new opportunities and significant challenges.

What hasn’t changed is the need to protect enterprise data. But as multi-cloud environments proliferate, that job has become much more difficult. What data is a company storing in the cloud? How sensitive is it? Where is it being stored? What people have access to it? Who can exfiltrate or change it? The answers to these questions are often elusive.

Proprietary data — source code, customer lists, trade secrets, customer data, board decks and so on — are the crown jewels of every enterprise. And for too many, those jewels are exposed and vulnerable. Before a company can begin to limit this exposure, it needs a holistic view into all of its public cloud data across all of its providers.

This is the fundamental problem that Normalyze is solving, and it’s why we are excited to announce that Lightspeed is doubling down on the company’s $22.2 million Series A round after we led the company’s seed last year. We are excited to welcome our co-investors Battery Ventures to this round.

Companies like Normalyze are a natural next step in the evolution of the cloud.

The first generation of cloud providers were infrastructure companies. By allowing enterprises to rent storage, networking, and compute as needed, Amazon Web Services, Google Cloud, and Microsoft Azure made it possible for startups to grow quickly, without the need for large capital investments in on-premise data centers.

They were followed by companies like Snowflake and Databricks, which made it easier for enterprises to move their data stores into the cloud, as well as an explosion of Software as a Service (SaaS) offerings like Hubspot, Marketo, and ServiceNow, where vast amounts of corporate data currently reside.

The emergence of cloud app security companies like Zscaler* and Netskope* helped enterprises secure data in motion. Firms like Palo Alto Networks, Orca, and Wiz help them assess and mitigate vulnerabilities within the infrastructure on which Enterprises were building new applications.

Now there’s a compelling need to help enterprises manage and secure their data at rest, no matter where it resides.

Normalyze works by building a graph of all the data stores within an enterprise’s cloud environment and identifying each one’s paths, permissions, and privileges. Using machine learning, Normalyze classifies each asset’s level of risk, so security professionals know where to best focus their efforts, and automatically remediates common problems. It then shares this information across a single dashboard, so that engineers, developers, and CISOs have real-time visibility into all of their cloud data.

Normalyze has deep roots in cloud security. Its CTO and co-founder, Ravi Ithal, was co-founder and Chief Architect at Netskope (which we first invested in back in 2013) and was previously an early engineer at Palo Alto Networks. Amer Deeba, CEO and co-founder , was a pre-IPO employee at Qualys. As Chief Commercial Officer, he helped build Qualys to more than $500 million in revenue. The problems Normalyze is helping to solve are very familiar territory to both of them.

Allowing sensitive information to get into the wrong hands is massively detrimental for enterprises, from both an operational and a liability perspective. Companies need to protect their data at all costs. It’s a difficult problem to solve, but Normalyze is helping to make it a little easier.

Arif Janmohamed is a Partner at Lightspeed Venture Partners. He focuses on investments in enterprise IT, Security and SaaS and sits on the boards of a number of rapidly scaling companies, including TripActions, Netskope, Appzen, Moveworks, and CyCognito. In his free time, Arif plays ice hockey with his wife, who yells at him for never passing the puck to her.

Lightspeed is a multi-stage VC firm focused on accelerating disruptive innovations and trends in the enterprise, consumer, and health sectors. Lightspeed has backed 400+ companies globally in the past two decades including Nutanix, Affirm, AppDynamics, MuleSoft, Snap and Nest. 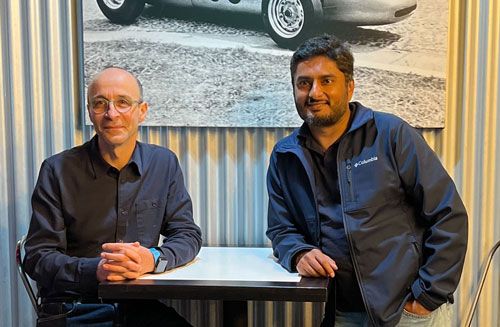 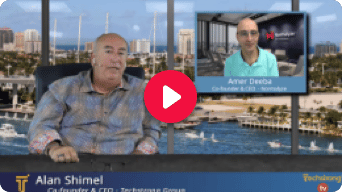